Now, the concept of entry load has been over, however, exit load is applied on some limited number of schemes. These terms have now been replaced by Expense ratio or Total Expense Ratio.

The concept of exit loads has now confined to a limited number of funds. Exit loads were a problem for those investors who wanted to withdraw their money before soon after they saw a good return or a big loss in their investments.

So basically, to make the investment much easy, SEBI (Security Exchange Board of India) the regulating body of mutual funds in India, came up with the idea of Total Expense ratio, to be applied instead of Exit Loads and Entry Loads.

Here the question is, do exit loads have no benefit at all or does it benefit in any way?

Is there an advantage in investing in funds with an exit load?

Exit Load concept restricts investors from sudden or panic redemption from their funds which eventually stops them from exiting their investment in the short-term. Ultimately it forces investors to stay invested for the long-term and indirectly helps them to create a good corpus.

Understand it through an example. Consider a Balanced Fund, which aims to provide capital appreciation from the equity portion, and stable income from the debt portion. This scheme still carries considerable risk, as the portion of equity could be as high as 75%. This is recommended only for investors with a healthy risk appetite and long term time horizon.

The fund managers of this kind of scheme would ideally want only long term investors to invest, who can stay invested for a long period, say the minimum for 3 years. Thus, the fund may impose an exit load of 1% for all redemptions done before 3 years. In such a case, the fund is not impacting liquidity directly but is discouraging investors from exiting before a period of 3 years.

The advantage of applying this 1% exit load on this fund would be, that all investors will remain aligned to a longer time horizon. This would be a comforting factor for the fund manager, enabling him to pick securities with such a thought in mind.

An exit load of 1% for redemption before three years of investment there would be no will ensure that short term investors or sudden redemptions that may impact a long term strategy.

So basically, exit load in long-term investment funds can be proven useful, as it will avoid sudden redemption from the investor’s side and a good strategy followed from the fund manager side that would enable better fund performance and yield good returns.

Although exit load in long-term mutual funds can be beneficial, it is advised to investors choose funds as per your comfortability and requirements.

Exit Load In Mutual Funds, Does It Benefits In Any Way? 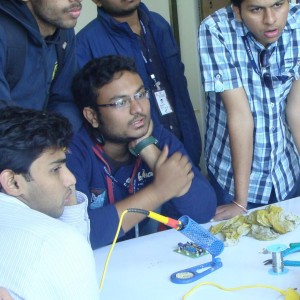 Subscribe
What is Lorem Ipsum? Lorem Ipsum is simply dummy text of the printing and typesetting industry. Lorem Ipsum has been the industry’s standard dummy text ever since the 1500s, when an unknown printer took a galley of type and scrambled it to make a type specimen book. It has survived not only five centuries, but also the leap into electronic typesetting, remaining essentially unchanged. It was popularised in the 1960s with the release of Letraset sheets containing Lorem Ipsum passages, and more recently with desktop publishing software like Aldus PageMaker including versions of Lorem Ipsum.

Why do we use it? It is a long-established fact that a reader will be distracted by the readable content of a page when looking at its layout. The point of using Lorem Ipsum is that it has a more-or-less normal distribution of letters, as opposed to using ‘Content here, content here, making it look like readable English. Many desktop publishing packages and web page editors now use Lorem Ipsum as their default model text, and a search for ‘lorem Ipsum will uncover many websites still in their infancy. Various versions have evolved over the years, sometimes by accident, sometimes on purpose (injected humour and the like).

Where does it come from? Contrary to popular belief, Lorem Ipsum is not simply random text. It has roots in a piece of classical Latin literature from 45 BC, making it over 2000 years old. Richard McClintock, a Latin professor at Hampden-Sydney College in Virginia, looked up one of the more obscure Latin words, consectetur, from a Lorem Ipsum passage, and going through the cites of the word in classical literature, discovered the undoubtable source. Lorem Ipsum comes from sections 1.10.32 and 1.10.33 of “de Finibus Bonorum et Malorum” (The Extremes of Good and Evil) by Cicero, written in 45 BC. This book is a treatise on the theory of ethics, very popular during the Renaissance. The first line of Lorem Ipsum, “Lorem ipsum dolor sit amet..”, comes from a line in section 1.10.32.

The standard chunk of Lorem Ipsum used since the 1500s is reproduced below for those interested. Sections 1.10.32 and 1.10.33 from “de Finibus Bonorum et Malorum” by Cicero are also reproduced in their exact original form, accompanied by English versions from the 1914 translation by H. Rackham.

1 thought on “Exit Load In Mutual Funds, Does It Benefits In Any Way?”

Our primary goal is to help you Achieve Yours